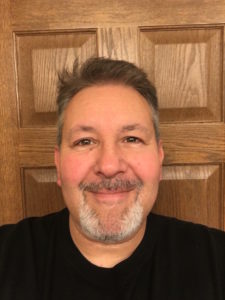 Princeton Public Utilities is proud to announce that Ryan Grant is the new Electric Superintendent replacing the retiring Jon Brooks. Brooks will be retiring on December 31st after 39 years of service to the Princeton community.

Grant was selected from a very competitive group of applicants and possesses 27 years of electric utility experience including 12 years as the Electric Superintendent for Pierre, SD. Grant began his career as a journeyman Lineman with the City of Fort Collins, CO and has also worked for Xcel Energy in Maple Grove and Montana Dakota Utilities in Bismarck, ND. Grant stated that he enjoys Minnesota and is excited to be back in the state.

Grant’s first day is December 9th which gives him a few weeks to work with Brooks before his retirement at the end of the year. Please join us in welcoming Ryan Grant to the Princeton Public Utilities family.